HOUSE OF THE DRAGON: Inside China’s cutthroat ‘Black Box’ elite

XI Jinping has ruthlessly ensured absolute loyalty to him is the only way to survive in the secretive and brutal "Black Box" world of Chinese politics.

The Chinese president is a master political operator, ruling with an iron fist with the help of vast security apparatus and the threat of death sentences for opponents.

Hu Jintao was manhandled away by Xi's heaviesCredit: AFP

Senior police officer Sun Lijun sentenced to death for corruption and was rumoured to have been wiretapping XiCredit: AP

The Chinese president's unprecedented third term in power is due to be confirmed and he stands as the unchallenged "core leader" of the world's most populous nation.

The 69-year-old has changed the two term limit to allow him to remain in office for another five years at least - and possibly even for life.

China's one party system presents an outward image of unity but inevitably behind the scenes there are rumours of discontent and even wiretapping of Xi.

And there was a brief window into this world opened when chilling footage showed Xi's predecessor, Hu Jintao, being frog marched out by heavies from the Communist Party Congress.

The exact reasons for this remain unknown - and may never be known - but some have suggested it was simply a "show of power" by Xi.

In this shadow world Xi has used his ruthlessness and political talents to much effect, making himself the most powerful Chinese leader since Chairman Mao, whose brutal rule led to the death of millions.

The run up to the 20th congress of the Chinese Party Congress saw rumours swirling that a senior police officer sentenced to death for corruption had in fact been wiretapping Xi.

It was a rare moment that shone a light into what goes on in the murky world of Chinese politics.

Since he’s been in power, Xi has removed 200 such senior but badly paid officials, none of whom are supporters of the Chinese president, says China expert Steve Tsang.

Xi is what’s known as a ‘Princeling’ in China, the son of one Xi Zhongxun, a senior Communist Party veteran who fell foul of the regime and was jailed.

The young Xi was forced out of his elite school and eventually banished to work in a remote and dirt poor part of the country.

But despite the humiliation, Xi remained a true believer in the party, which he joined after several attempts in 1974.

He then set about climbing his way to the top,becoming a provincial party chief before he was made heir apparent in 2007.

Tsang says that during his rise to power he presented himself as a “unity candidate” and kept his head down until just before he was due to take over in 2012.

But then mysteriously disappeared for 10 days, even cancelling a meeting with then US Secretary of State Hillary Clinton.

Details remain a mystery but Tsang believes he use those days to mount a behind the scenes operation to cement his authority.

Everybody at a senior level is vulnerable, he can pick out who he wants Professor Steve Tsang

“What he used that disappearance for was basically secure terms for his own succession so that when took over he would be able to do whatever he wanted to do,” he said.

“So from the very beginning, the moment he became leader of the Communist Party, he was able to start making changes."

His first move was to launch an anti-corruption campaign aimed at senior Chinese officials, known as Tigers, who line their pockets to the widespread disgust of ordinary citizens.

For wily operator Xi, the death sentences that often accompany convictions had the effect of taking out officials who could potentially move against him - and win over public opinion.

While most death sentences are suspended for two years, enough are carried out to have the desired effect of sending a message to potential foes.

“It was something he was going to use for the rest of his time in power and he has used to take out his opponents and enemies within the party.

“In the past decade over 200 Tigers have been taken down - not one of these Tigers was a Xi Jinping prodigy.

“Everybody at a senior level is vulnerable, he can pick out who he wants."

This threat is the “most powerful instrument he has built up, in terms of he can eliminate his opposition”.

Ming Xia, from New York City University, said: "Xi has been brutal to his potential competitors and their subordinates within the party and the state.

"He has boasted about the 4 million plus party members and cadres who were investigated and punished under his two terms.

"Based upon what Xi has been doing and how we can anticipate more economic and social crisis are on the way, we can have enough reason to fear that Xi could turn out to be comparable to Mao Zedong."

Professor Ming says that Xi's "heart darkened" from the "brutal political struggles and violence" from his father's earlier downfall.

"His strong will for power has driven him to feign, to humble himself, to be patient waiting for opportunity, to secure every opportunity for promotion, and to ally with key forces and then dump or purge them after his exploitation."

The run up the party congress saw a rare protest in central Beijing in which a demonstrator unfurled a banner on a motorway bridge calling Xi a "thief and "dictator."

Xi's insistence on the continuing his "Zero Covid" policy with its strict lockdowns has also led to discontent.

But most experts believe there is an element of opposition to Xi but anyone hoping to unseat him will have their work cut out.

"Xi is paranoid about maintaining his personal security and of course, his power and his status as 'leader for life'," said Will Lam, a political analyst at the Chinese University of Hong Kong.

"There could be more arrests particularly of personnel from the police, state security or military whom Xi suspects to be organising coups or other types of malevolent actions against the supreme leader."

With his hands on all the levers of power, Xi's position is now unassailable for the time being, says Tsang.

"He's elevated himself to core leader of the China and the Communist Party so anyone who opposes any thing he does opposes the party.

"He makes sure that he's in control of the party, the military, the secret service and the public security service.

"He's said the party leads everything - and he leads the party. He's made himself the personification of the Communist Party." 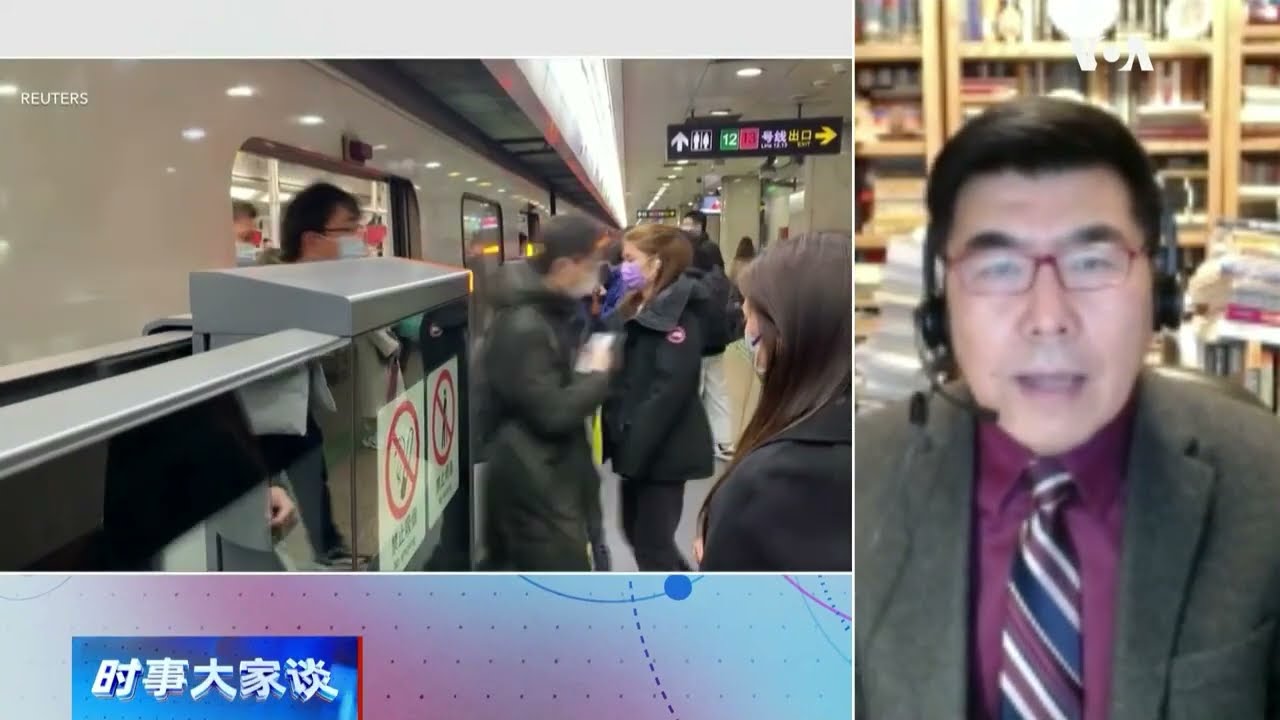 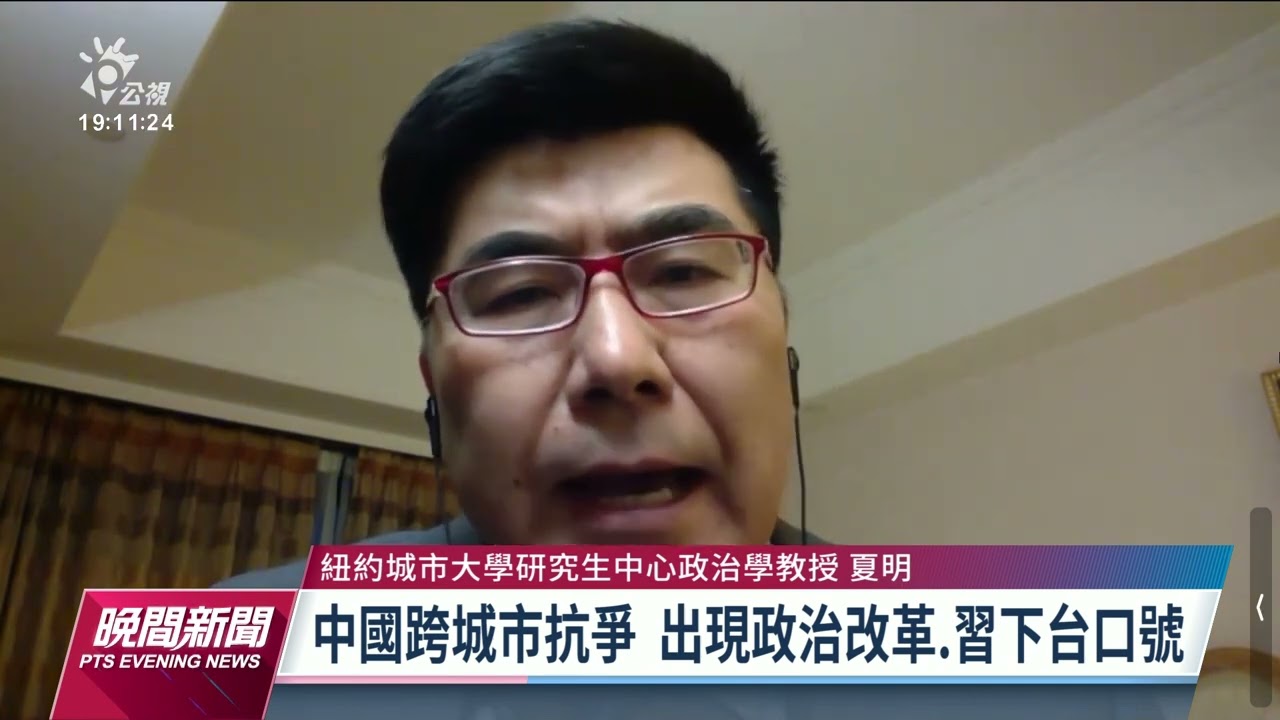