In just 11 days, the new U.S. President Joe Biden will be sworn in. What does this mean for the relationship between the two great powers of China and the U.S.? Following the general election, former vice foreign minister of China Fu Ying wrote an article in the New York Times, “Cooperative Competition Is Possible Between China and the U.S.,” which could be considered a shout-out to the incoming U.S. administration.

What Fu Ying refers to as a “coopetition” in the article is the central concept of my doctoral thesis more than 20 years ago, which I translate as “phase-in.” The Chinese often talk about “a phase-in period couple or marriage,” which means “fighting is affection, scolding is love, and bickering is endearing.” The Chinese government certainly hopes that, after taking office, the Biden administration will give the Chinese Communist Party (CCP) a phase-in period, and the best starting point to phase-in is the “honeymoon period.” The question is, can the U.S. and China still find their honeymoon? My answer is no.

The tension between China and the U.S. has a “ratchet effect” formed by a number of structural factors, including political, economic, geopolitical and great power hegemony rivalries. After the U.S. presidential election polls closed on Nov 3, Zhongnanhai had the opportunity to take the initiative, particularly to congratulate Joe Biden and Kamala Devi Harris on their wins, and to lay a good beginning for future positive Sino-U.S. interaction. It was not until the 13th that Chinese Foreign Ministry spokesman Wang Wenbin expressed congratulations at a regular press conference. The CCP has given up on investing further on the emotional bank account and has instead started another big machine to wage an over-the-top war against the U.S.

The CCP has implemented a three-way bet in the conflicted and long-unresolved U.S. presidential election. First, the CCP’s internal choice was Trump because, as a businessman running a commercial empire, Trump has long-term interests in the Chinese market that are easy to secure. His anti-China/anti-Communist policies are marked by a strong sense of opportunism. The failure of a number of policies (mainly epidemic prevention at home and Western democratic alliances abroad) also provided the CCP with a once-in-a-century opportunity to make major changes. “Chuan Jianguo” that translates into “Build-the-Country Trump” gives the illusion that Xi Jinping is realizing the Chinese dream of leading “a community with shared future for mankind.”

The CCP’s second proposal is to accept Biden’s candidacy, which has three advantages. First, Biden is a veteran of politics, and his style and policies are more familiar and less Trump-like. The reduced degree of unpredictability is easier for the CCP’s rigid decision-making system to digest. Second, if Biden is elected, with his “never admitting defeat” approach, Trump will not disappear from the U.S. political scene and will bring trouble to Biden. Third, wouldn’t a businessman Trump and his family be the perfect prey for the CCP’s “money-spreading diplomacy”?

If this is the extent of the CCP’s plans, then the outside world has underestimated the CCP’s scheming. At least “The Art of War” and “Thirty-Six Stratagems,” which are familiar to those in the West who do not speak Chinese, go much further than that. Based on considerations of its own political (dis)security, ideological (dis)security, and political (dis)security, the CCP has decided to take advantage of the stalemate in the U.S. election to smear the entire U.S. democracy, and even the Western democracy that it represents. CCTV news and news commentaries have gleefully proclaimed that American democracy is being torn apart and that American democracy has come to an end.

It appears that achieving a peaceful evolution against the U.S. has become the CCP’s goal of global hegemony. Therefore, the CCP’s propaganda machine, unification machine, diplomatic machine, and multiple fronts of national security, both overt and covert, have launched an over-the-top war against the U.S. The U.S. election has been placed in the “red mill” by the Chinese media for refining. The CCP has added a lot of salt and pepper to the mill, mainly in the form of disinformation and the release of nasty 50-cent army to Western social media. Unfortunately, the CCP’s red mill grinds slowly, but with precision and detail. This farce would have been spectacular if it was accompanied by a sleazy naked dancing emperor in new clothes.

On Jan 6, the U.S. Congress officially confirmed the results of the Electoral College, which will see Biden and Harris take office as the next president and vice president of the U.S. At the same time, the Democrats gained two Senate seats in Georgia, thus taking full control of the White House, the Senate and the House of Representatives. With all the committees and subcommittees in Congress chaired by Democrats, Biden practically has the green light to implement new policies all the way through.

On Biden’s list of policy essentials, diplomacy comes after epidemic prevention and control, economic revitalization, and social recovery. And in terms of foreign policy, the U.S.-China relationship ranks behind the restoration of relations with Western allies, the reintegration of the U.S. into international organizations to restore its international leadership, and the handling of the Russian and Iranian crises. What is clear, however, is that the U.S. Congress will conduct a series of hearings. With each hearing, it will become clearer and clearer that the CCP is behind the “red mill.”

As we know, then U.S. Vice President Joe Biden seemed to have helped Xi Jinping when he was battling with Bo Xilai for the throne. In view of the handling of the Wang Lijun incident at the time, this was the better choice. But now the U.S. regrets that it had misjudged the situation. The already cold relationship between Biden and Xi Jinping will freeze further. In the traditional 3Cs (cooperation, competition, conflict) circle of U.S.-China relations, there will be diminishing room for cooperation and, more importantly, a growing sense of indifference from the U.S. towards this desire. If this is a great game of chess played by Xi Jinping, then he is spinning a cocoon around himself.

(Dr. Xia Ming is a Professor of Political Science at the City University of New York Graduate Center.) 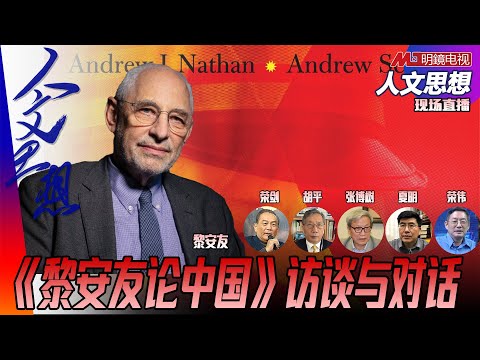