The twin ideals of Democracy and Science have been century-long rallying cries for generations of Chinese intellectuals. The 1919 May 4th Movement called for the arrival of Mr. Democracy (德先生) and Mr. Science (赛先生) in China, then ravaged by tyranny, obscurantism and imperialism. Yet the dream of liberal democratic transformation of the Chinese society has never been in greater peril than in the aftermath of the fervent subversion of the 2020 US election culminating in the deadly Capitol riot on January 6, 2021.

Since then, the Chinese official media outlets have run a red mill of propaganda taunting the downfall of American democracy, while offering the “perfect dictatorship” model of a rising China as an alternative. Ironically and disturbingly, the China’s requiem for America as the beacon of liberty is joined by an alliance of anti-Communist Chinese in the US, including former Tiananmen protesters, political dissidents, and victims of religious persecution in China.

For example, after the Congress’s declaration of Mr. Biden’s win in the early hours of January 7, the Chinese official propaganda, the Falun Gong media outlets, and the overseas Chinese dissident community declared in unison that “American democracy is dead.”. Having lived half of our lives in China and then in the US and from our respective professional standpoints, we watch the tragic unfolding of a biological virus and a political virus, both originated from China, with great pain and regret.

Amid a raging pandemic, the Capitol riot may well be a super-spreader event of the virus in addition to being the deadly climax of a year-long disinformation campaign on election fraud. As a political scientist and a biologist respectively, we view images of an angry mob of mostly mask-less extremists overtaking and vandalizing the US Capitol as crystallization of anti-intellectual movements in the US united in their denial of Democracy and Science. Viewed by immigrants like us, these images are a painful reminder that respect for Democracy and Science is far from universal or settled in the world’s oldest and strongest Democracy itself. If left unaccounted for and unresolved, the health, economic, racial, and political crises of 2020 are ominous previews of a post-truth society and nihilistic world.

What the images of the January 6 Capitol riot do not capture, however, are the equally hysterical anti-Democratic and anti-Science movements in the Chinese American community since the rise of President Trump. Consistent with the national pattern of a red shift of immigrant voters from 2016 to 2020, New York City neighborhoods with high numbers of Chinese immigrants (e.g., Flushing, Queens) recorded a 20% shift towards voting for Mr. Trump. Chinese evangelical Christians are divided in their stance on the US politics but a large portion, if not the majority, have supported the January 6 Capitol rallies and continue to make excuses for Mr. Trump and the Capitol rioters. Before the election, the Chinese billionaire anti-Communist tycoon Guo Wengui (also known as Miles Kwok) funded and coordinated with Steve Bannon and Rudy Giuliani both the anti-Biden smear campaign and a conspiracy theory on virus origin claimed by a single virologist.

More organized and disciplined than any Chinese groups or individuals in the US, the powerful Falun Gong socio-religious movement has thrown itself wholly under the feet of Mr Trump. With its English-language media outlets including the Epoch Times and the New Tang Dynasty (NTD) TV station, the Falun Gong has become a major far-right disinformation operation inside the US. Evasive on its affiliation with its army of media personnel and its funding sources, the Falun Gong finds the greatest success in occupying the Chinese-language social media in the US, the major – if not the only – news source for the vast majority of Chinese immigrants in the US. The total number of subscribers to YouTube channels associated with the Falun Gong reached more than five million in 2020. The Falun Gong media reported that in November 2020 alone when the election became the major news event, the top four most-watched Chinese-language YouTube channels were all from the Falun Gong, capturing a total viewership of more than 61 million. On election night and during the joint Congressional session to certify the electoral votes, a major Falun Gong-associated YouTube channel (希望之声TV) live-streamed watching parties featuring its media stars, eagerly anticipating Mr. Trump’s win and, after his loss, the overturn of election results.

Most inexplicable and surprising to us is the near total fold of exiled Chinese dissidents into the pro-Trump alliance alongside the Chinese evangelicals, the Falun Gong, and one self-exiled anti-Communist billionaire living in New York. One of us has the distinction of being singled out by Mr. Wang Dan, a prominent leader of the 1989 Tiananmen Protest, as one the only three dissidents he could name who are not part of the overwhelming majority of pro-Trump Chinese democratic activists in the US. A widely circulated picture showing the US House Speaker Nancy Pelosi, surrounded by a group of beaming Chinese dissidents only a few years ago but who now routinely demonize and denounce her, is a comic reminder of their sharp political turn to the right.

During the Trump presidency, these dissidents have applauded – rightfully in our eyes – for the administration’s trade war with China, closer ties with Taiwan, crackdowns on Chinese media presence in the US, and curtaining the global market reach of Chinese tech companies including Huawei, Tencent, and Tiktok. Yet in their eagerness to see the demise of the Chinese Communist Party, these dissidents turned a blind eye to Mr. Trump’s coddling of autocrats including President Xi Jinping of China, his indifference to the Hong Kong democratic movements, his catastrophic mis-management of the pandemic response, and above all, his blatant attacks on US democracy from the inside and as its head. Hard for anyone to overlook is the most unconscionable – if not criminal – final actions and inactions of the Mr. Trump’s presidency, when, for more than two months Mr. Trump fixated on the singular task of overturning his election loss while the daily toll of American lives lost to the coronavirus shoot above 4000.

We cannot help but notice the irony that both the Chinese government and the Chinese anti-Communist alliance favor Mr. Trump over Mr. Biden as the next US President. Having witnessed the spectacular failure of the Chinese Pro-Trump alliance in commitment to Democracy and Science in their adopted land and a free society, we cannot help but question how much of their anti-Communist zeal is motivated by personal (in the case of Mr. Guo) or group (Falun Gong) vengeance and how much truly is by the dream of a democratic China.

Viruses and disinformation spread in similar ways that make them devastating yet controllable. Both are invisible, making their very existence easy to question and deny. Both carry deadly information – one genetic and the other political. Both mutate and adapt quickly. The latest technologies have amplified the destructive power of both, one traveling by high-speed trains and jetliners and the other by the internet. However, both are obligate parasites living off a host. A virus cannot survive by itself without the nutrients and molecular machinery provided for by a hijacked cell. A piece of misinformation dies with the recipient if he or she does not actively pass it along.

Lessons from the AIDS epidemics in the late twentieth century revealed that curtailing viral transmission not only stops outbreaks but also dampens viral virulence. Conversely, irresponsible and risky social behavior, like refusing to wear masks in the public or to be vaccinated safely during a pandemic, not only promotes virus spread but creates more virulent and transmissible forms of the virus. The earliest human-adapted mutations (e.g., the D614G mutation) appeared within weeks in China since the virus’ emergence and spread globally within a month. The sweep of the B.1.1.7 viral lineage in the UK is the latest but won’t be the last of human-adapted viral variants, now mutating and adapting independently in thousands of local communities across the globe.

One may question the analogy between disinformation and viruses by noticing that a virus is mindless while disinformation is intentionally fabricated and transmitted by a rational mind. Indeed, coordinated propaganda and deliberate campaigns make disinformation spread faster, more adaptable, and more deadly. Disinformation and conspiracy constituted a feedback loop with the nihilistic leadership in our government causing further fiascos such as in controlling the pandemic, stabilizing social order and revitalizing the economy.

Demagogues like Mr. Trump and Mao instinctively understand and leverage on the potency of a viral message. Like a virus, a pithy tweet by Mr. Trump and a poetic quote of Mao package the bare minimum of killer information while cheating its way into the most venerable hosts. From the high perch of presidency (Trump) and chairmanship (Mao) and aided by unconventional (and unaccountable) media platforms like Twitter (Trump) and the Big Character Posters (Mao), the chaos and destruction inflicted by their campaigns of disinformation are all but preordained.

Nevertheless, like viruses, the most virulent forms of disinformation, such as those leading to the violent takeover of the nation’s topmost democratic institution, would likely die out along with a diminishing pool of extremists. To hasten the demise of the Trump era of disinformation, it is essential that our faith in Democracy, Science, and Truth is reaffirmed and restored by the second impeachment trial of Mr. Trump, the prosecution of his violent followers, and the intellectual repudiation of Mr. Trump’s apologists in the US Congress and in the Chinese American community.

Against an avalanche of disinformation on the US election fraud, repeated affirmation of the victory of Mr. Biden from the mainstream media, the state and federal governments, and the judiciary have seemed frustratingly old-fashioned and ineffective. To this day, many predict and fear a post-Trump entrenchment of his most ardent supporters and a resurgence of his family members or even himself in years to come. Yet, the US Democracy, while battered and scarred, stands tall with the on-schedule transfer of power to the forty-sixth President of Joseph Biden.

Humans and indeed all organisms have evolved sophisticated and effective immunity against fast-evolving microbial parasites. By discovering truth, inventing technologies, and reforming governance through open enquiry, a society committed to Democracy and Science remains the most adaptable and robust form of government. This prescription has been working since the Enlightenment and, in the US, since the Founding Fathers created the first democratic Constitution with sophisticated safeguards against tyranny. This prescription will continue to work for the US as well for China.

At a time when a society and the world have been shaken to the core by the coronavirus and disinformation, it is never more imperative that Democracy and Science resume their roles as the twin guardians of modern civilizations to fend off ever-mutating nemesis, be it a virus, a demagogue, or a virus-denying demagogue. 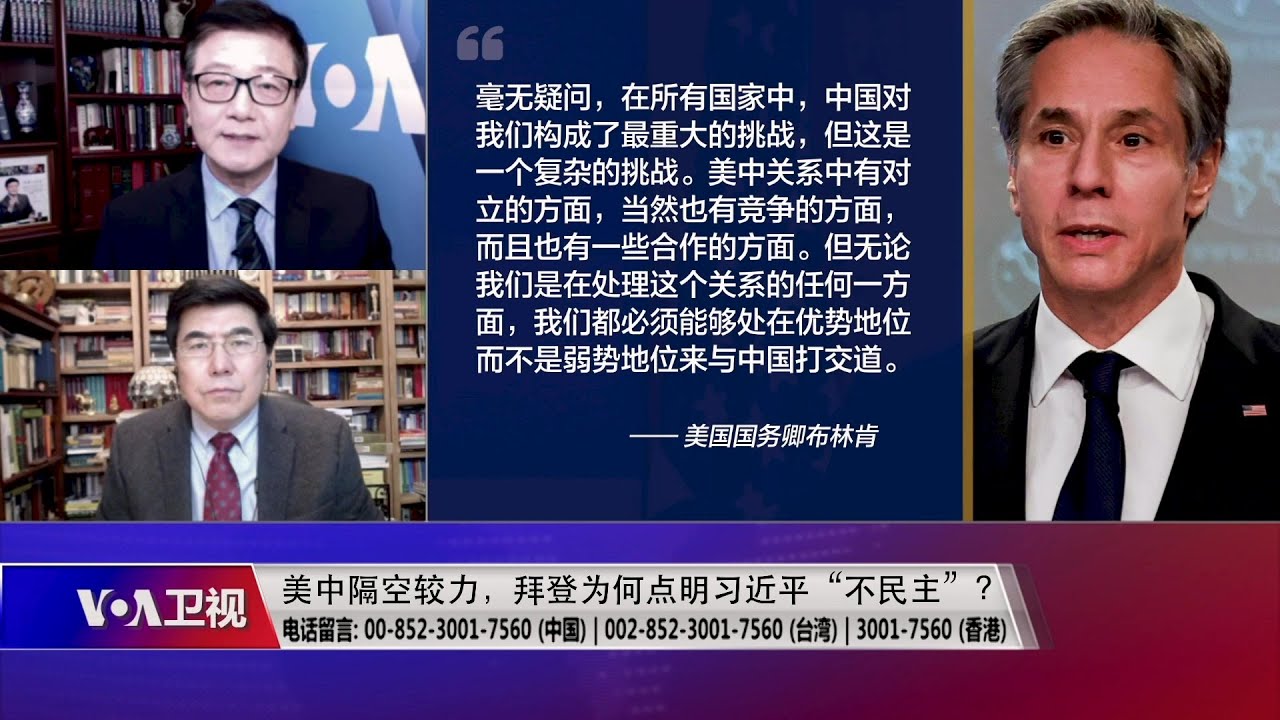 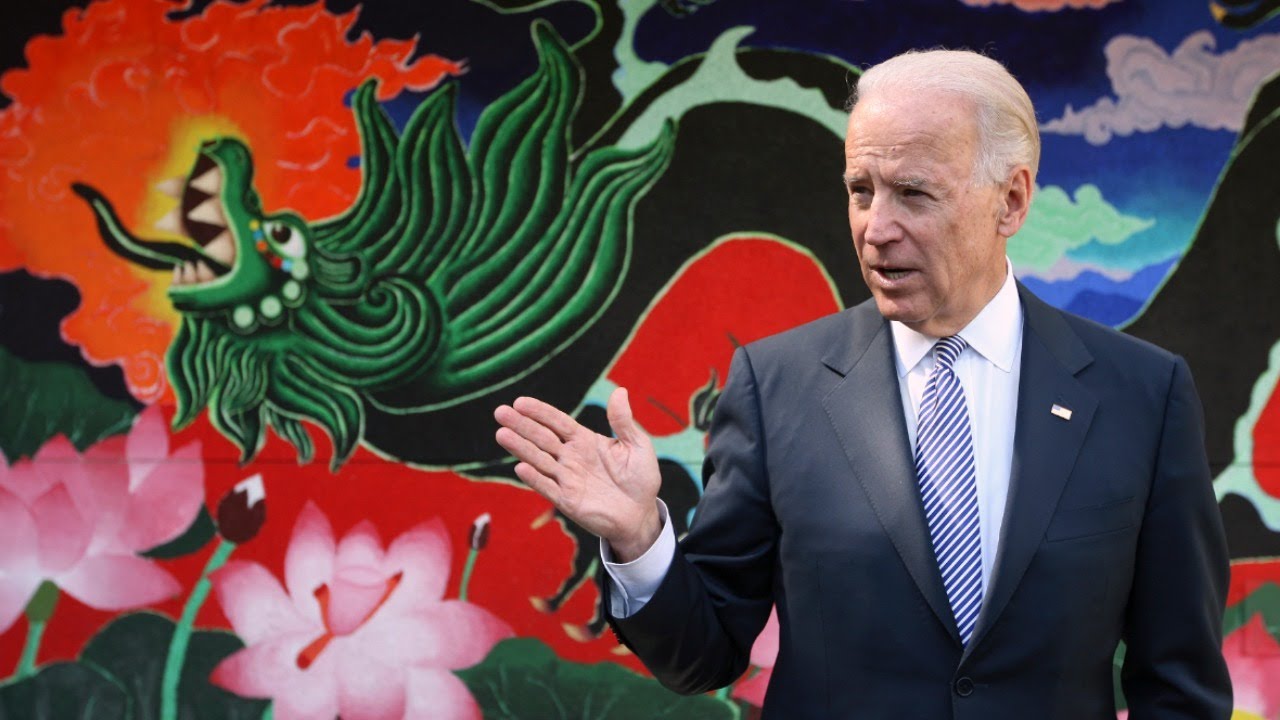